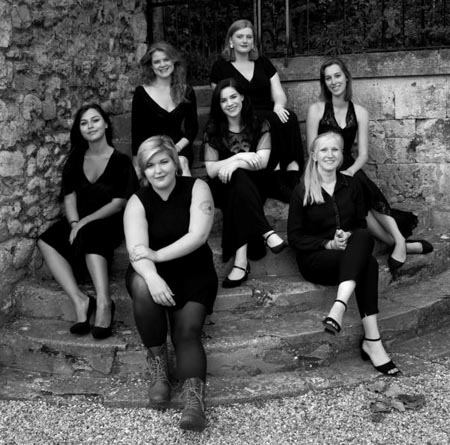 A talented group of musical scholars will bring the many secrets of St Mary’s Church to life through music and words this Saturday evening (23rd February 2019).

The all-female Korrigan Consort will perform “A Celebration of St Marys” with some of the hidden treasures in the church identified and brought to life in a musical tour. The group, who are based in Oxford, describe the concert as containing “an exciting menagerie of music” with additional information provided by historian Anthony Wagg.

Trish Fennell is one of the organisers on behalf of The Friends of St Mary’s in Adderbury (FOSMA). Mrs Fennell is looking forward to hearing some of the church’s little-known facts brought to life. As an example, she told us about one of the carvings which features William of Wykeham, who was the Bishop of Winchester and Chancellor of England. Mrs Fennell told us “He authorised the expenditure on the church's chancel. His carving can be identified by the wart depicted on his chin!”.

The unique concert starts at 7.30pm and a licenced bar will be available. Whilst tickets will be available on the door those wishing to ensure they can be part of the evening can purchase them in advance by calling Mrs Fennell on 01295 811059 or by emailing her: trish.fennell@btconnect.com.