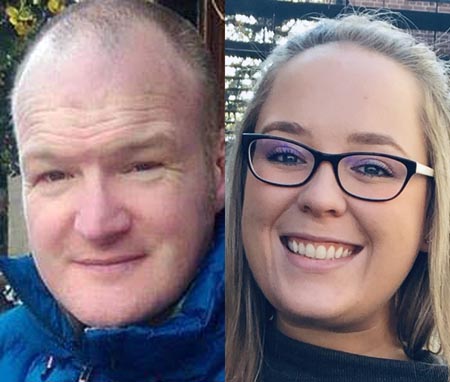 This Thursday villagers will decide who to elect onto the Parish Council following the resignation of Chris Shallis in November. Two local people are standing: Iain Corcoran of Henge Close and Victoria Head of Partridge Court in Tanners Lane.

Adderbury News sent a set of questions to both candidates so you could compare their answers when deciding how to vote. Both candidates answers are show below.

Questions to both candidates:

What was the driving factor in your decision to stand for parish council?

Iain Corcoran: Sheer frustration with the ruling clique that has done nothing for years to address the issue that people most care about - calming the huge increase in the speed and volume of local traffic before someone gets killed.

Victoria Head: Having lived in Adderbury for the best part of 20 years, I have seen a lot of growth and change. I believe that we are now at a point where we need to develop our village to offer the facilities to enable us to thrive in a sustainable way. Representing a large age demographic within the village, I believe I would bring a fresh and diverse voice to the Parish Council. Adderbury has been the backdrop to my life so far. In my childhood it gave me a place to learn and a place to play. Throughout my teenage years, it gave me a place to socialise and now it is giving me a place to settle amongst family and friends. Adderbury has given me so much over the years, I now feel it is a good time for me to give something back and help to sustain our village so that it can give future generations all that it has given me.

What are you views on traffic in the village and what do you believe is the way forward to address any issues?

Iain Corcoran: We need to slow traffic through the centre to discourage rat running and prioritise safety. This can be achieved by a combination of 20 is plenty limits, regular patrolling with a community speed watch camera and road narrowing or build outs as in Aynho. This can be readily funded by Section 106 monies which developers have paid as contributions to infrastructure. Legal opinion has confirmed that the parish council has the powers to use this money for road improvements and traffic calming but refuses to. There is currently over £500k in the kitty which is three times the estimated £170k cost of the recommended traffic calming measures. Keith Mitchell has recently questioned the figure of a 140% increase in traffic in Horn Hill between 2012 and 2018. I've have checked this out and you will be interested to learn the figure is indeed wrong but was put out by the Parish council itself! The actual increase due to new building and increased car ownership in West Adderbury is 58% The evidence of our own eyes confirms this major increase and we all know from personal experience that our roads are much too dangerous.

Victoria Head: There are clearly issues regarding traffic within Adderbury, not just in West Adderbury but across the village. I am aware that there is a group of Parish Councillors working on practical solutions to resolve these issues and would be keen to become involved in this initiative. Most importantly, I think the issue needs to be addressed across the village as a whole to ensure that potential resolutions in one area do not cause more problems in another.

What are your views on the proposed community facilities and sports pitches for the Milton Road and how should this project move forward?

Iain Corcoran: I am all in favour of a scheme that delivers what the people want ie. a new community centre and recreation facilities for a wide range of sports and other activities. I want to know why the parish set up WFAC to work out the details and draw up a plan which it then ditched in favour of its own. The parish council acts as a law unto itself. 20 years in power under the same chair has made it complacent and arrogant. Its divide and rule policy sets one part of the village against the other by falsely claiming that people in West Adderbury are trying to wreck plans for the community hall and recreation facilities on the Milton Road. Most people in the area immediately adjacent bought their homes in the full knowledge of the planned development and welcome it. My main point is there must be a proper business plan in place. Everything must be fully costed so we are not left with a white elephant.

Victoria Head: I am in full support of the proposed community facilities for the Milton Road. I believe that we are in need of a modern, up to date space that provides us with the ability to thrive. There has been a lot of housing development in past years and our village has grown significantly as a result. I think it is important now for us to put measures and facilities in place to accommodate as many villagers as possible and their needs and wants. I would like to take this opportunity to reiterate the point that has been made by Working For Adderbury Community (WFAC) that the Milton Road development is very much a Community facility not a sports only facility. The potential usage of the space is widespread and, though Adderbury Park Football Club would relocate to the site, it could be used for much more than solely sports. This project asked the village if they wanted a new community facility and villagers answered “yes”. I think the project now needs to move forward at pace, regularly asking the village what they would like to see at the facility. All members of the village have been invited to become a member of WFAC and I think it is imperative that as many people as possible join this group to help shape the development to become a real asset to the village.

Do you believe the village has an anti-social behaviour problem and if so what action would you as a Councillor want to support to address it?

Iain Corcoran: All villages have an anti-social behaviour problem where youth is bored and there’s nothing much for them to do. The answer is to provide something. Adderbury is no better or worse than many other communities but the Milton road development could undoubtedly make things better which is why I support it.

Victoria Head: I feel that the term “anti-social behaviour” is a little strong for the issues the village is facing however I am very aware of recent vandalism taking place. I think the notion of bringing a police presence into the village is slightly unrealistic and, at this stage, not entirely necessary. I do, however, believe that conversations with Thames Valley Policy Community Support Officers would be useful in giving us a view of how to address the issues we are facing based on their experiences across other local villages.

What is your view on the current requirement to keep dogs on leads in the Lucy Plackett playing field as this rule is often flouted?

Iain Corcoran: Rules should be enforced. If people want to let their dogs run free then I think we should think about a specially designated dog walking area. In any event owners should be reminded that it is an offence not to clear up after their animal

Victoria Head: I personally have no issue with dogs not being kept on leads in the Lucy Plackett playing field so long as they are well controlled and cleaned up after by their owners.

Adderbury will at some point face calls from land owners for more development in or around the village. What are your thoughts on this?

Iain Corcoran: People need homes and where that need can be demonstrated of course more development is reasonable and inevitable. That said there has been very considerable growth on the outskirts of Adderbury in the last few years and I think we have built our fair share. Oxfordshire as a whole is achieving its housing targets.

Victoria Head: I think that controlled development in our village is positive – controlled being the optimum word. A lot of work has gone into the Neighbourhood Plan and in my opinion, this needs to be regularly referred to to ensure that any development that takes place is in line with what the village wants and needs. At this time I think we need to be focusing on amenities and facilities rather than housing based on the developments that have taken place to date.

The divisions within Adderbury Parish Council are well known within the village. What are your thoughts on this and how would you propose to deal with it?

Iain Corcoran: The parish council is sadly not serving us well. The atmosphere at meetings is toxic and free discussion is closed down by the ruling group at every turn. The council doesn’t actually listen to the concerns of local people - it only pretends to - but does nothing. It is dysfunctional to the point of being unfit for purpose. An official review of ifs governance last year by Hoey Ainscough management consultants came up with 20 recommendations for improving the way it worked - barely any have been implemented. I would make sure that the Monitoring Officer at Cherwell did their job and enforced compliance.

Victoria Head: Whilst I am aware of divisions on the Parish Council, as someone who is not a member of the group it would be inappropriate of me to comment on the situation or make judgement on how to “deal with it”. Contrary to some people’s beliefs, I do not affiliate myself with any “side” of the parish council, even though my father is a current Councillor – trust me, we’ve disagreed plenty of times in the past! Should I be elected I look forward to working with all members of the Parish Council.

Why do you believe the electorate should vote for you?

Iain Corcoran: Because I am standing as an independent candidate representing the whole of Adderbury. A vote for my rival, Vicky Head, would in my opinion be a vote for her seconder Keith Mitchell, the current vice chair, who I feel has divided the community and stirred up so much ill will. Ms Head’s father - a co-opted councillor - is already part of the ruling clique. We do not need more of the same. The parish council should not be run like a private club it should be a forum for free debate.

Victoria Head: I have lived in Adderbury for over 20 years and thus have a good understanding of how our village works and what it would benefit from in the future. I represent a large age demographic within our village and believe I would bring a fresh and diverse voice to the Parish Council. I have no affiliation to any one issue or group within the village and am passionate about the sustainability, safety and appropriate controlled development across our village as a whole.

The by-election will take place at the Methodist Hall this Thursday (February 21st) with the poll underway from 7am and closing at 10pm.