Calls for Traffic Calming Action Throughout the Village 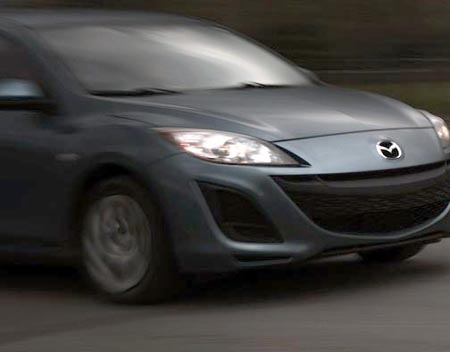 The West Adderbury Residents Association (WARA) has written to Banbury’s MP Victoria Prentice calling for action to address Adderbury’s traffic problems. The group completed a survey in West Adderbury during December 2018 and January 2019 and received 169 responses – 42% of the 403 households questioned.

Of those replying 93% felt traffic speed in the village was a problem and the same number want action taken to combat this.

Adderbury News asked its social media followers whether traffic speeds were a problem in the village and the vast majority from across the village agreed with the WARA survey.

Lisa Hartwright wrote, “Rochester Way is used as a cut through. In the morning when I’m walking my daughter to school the cars race down, with no care at all for the kids around. One person a few weeks ago was going ridiculously fast, to the point that the parents walking along the street stepped out to wave him to slow down. It amazes me that people don’t take more care particularly when its walking to school time. I imagine the council will wait until a child is run over before taking any action”. Mark Terry agreed traffic speeds in Rochester way were excessive, adding, “It’s a short cut to the Aynho Road. The speed is horrendously dangerous”.

Nearby in Walton Avenue, Leanne Hicks wrote, “Being new to Walton Avenue we are shocked at the speed cars go down the road, obviously using it as a cut through at peak times”.

Adderbury West resident Gina Precious said, “Berry Hill Road … is a race track. No one seems to see the 30 signs. I have two young children who I’m afraid to let bike or walk down this road due to the speed of the traffic. Something has to change - these disrespectful drivers are spoiling our village”.

Alice Coyne noted the danger from speeding vehicles for pedestrians trying to get from one side of the road to the other. She said, “Trying to cross the Milton road (by the oak tree) is very dangerous. Cars come flying around the corner clearly not going 30. I’ve stopped walking my son to school because of the lack of speed restrictions and the lack of a crossing (which would also help to slow traffic down). It’s just too dangerous 8-8.30am”. Ms Coyne added, “The police use to do speed traps along Berry Hill road; it would be good to see them back - they would make a fortune!”.

Elsewhere, Sarah Marley described speeds on the Aynho Road as “awful, even though there are electronic speed warning signs”. Sue Singleton felt the same about the High street , New Road and Cross Hill Road and described them as “a rat run”. Both Elaine Bryant and Richard Nolan highlighted the main Oxford Road from Banbury. Mr Nolan said, “Since the speed limit was reduced from 40 to 30 I often see vehicles of all types flouting this limit. Trucks have come pounding along there doing at least 50+. [It’s an] accident waiting to happen”.

During the public forum at Adderbury Parish Council meetings a number of residents have raised traffic speed within various areas of the village that need addressing. Until October 2018 a “Traffic Calming Working Group” had been tasked with looking into the issue. The notes of the meeting on 30th October 2018 record that Councillor Colin Astley presented a report on measures to be taken to address traffic issues. The minutes state he proposed , “the measures suggested within his report be approved and informal consultation with residents be progressed and subject to the results of the consultation, the Parish Council commissions design, safety audit and formal consultation by Oxfordshire County Council”. However this proposal lost in a vote by six to four.

A second report at the same meeting by Councillor Keith Mitchell suggested that “traffic calming be included as part of the terms of reference for the Environment Committee”. This proposal was accepted by seven votes to four.

A draft report by the Environment Committee from January 2019 shows some of the current proposals being considered and can be viewed here. At the Parish Council meeting on February 26th it will be decided how to proceed.

In their note to Banbury’s MP Victoria Prentice, the West Adderbury Residents Association express their concerns that the initial recommendations of Adderbury Parish Council’s Traffic Calming Working Group were rejected. It is understood funding through the usual route – via The County Council – is unlikely to be available for schemes in Adderbury. So WARA suggested alternative sources of funding and included each within  their survey.

The use of Section 106 funds – money given by developers to enable projects in areas where they build houses – was the most popular source of funding, chosen by three-quarters of those surveyed. The use of a public loan was supported by just 13% of respondents with WARA pointing out this was “estimated to add £10 to everyone’s council tax bill”. A further 10% in the surveys suggested a mix of both Section 106 funds and a public loan.

Adderbury News understands that Adderbury has over £600,000 of Section 106 funds held by Cherwell District Council, but these are currently allocated to be used for the Milton Road Sports and Community Facilities project and the Lucy Plackett field. However the WARA Committee believe some of these funds can be re-allocated. A spokesman told Adderbury News, “The law was amended about 5 years ago to make this easier. Nicholas King Homes have confirmed to WARA that they have no objections to any change of use for part of the funds”. Adderbury News understands that Nicholas King Homes contributed £450,000 to the Section 106 funds.

The WARA statement also disputes the stance of the Parish Council saying, “we [are] continually told by Adderbury Parish Council that Section 106 funds’ use cannot be legally changed - this is wrong”.

Cherwell District Council are ultimately responsible for deciding whether Section 106 money can be spent on a project. Adderbury News has asked for clarification on the matter from Cherwell but has not received a response.

Both candidates in the February 2019 Parish Council by-election have shared their views on traffic calming in the Adderbury News By-Election Q&A. The first meeting the newly elected Councillor will attend includes the traffic calming proposals from the Council’s own Environmental Committee.

Meanwhile, whilst a majority of people appear to support the idea of traffic calming, not everyone agrees. On the Adderbury News Facebook page John English wrote, “Any physical traffic 'calming' would irreparably damage the village. Statistically the best form of speed control over a wide area are active speed indicators that display a live speed readout. Please, please do not install speed bumps, bollards etc they look ugly, enrage drivers and encourage people to buy ever bigger cars”.