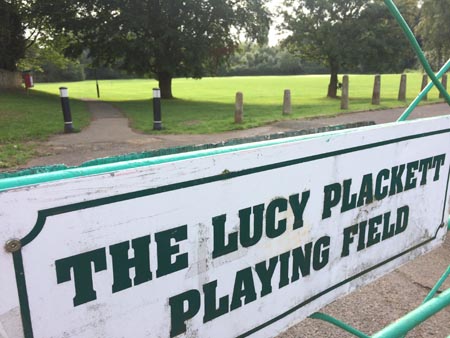 A number of changes are likely to be made to how Party In The Park is run this year as a result of incidents around the periphery of last year’s event. It is understood representatives from Cherwell District Council and Thames Valley Police have requested increased security measures be introduced.

At February’s Parish Council meeting a discussion took place over a request from the Party In The Park organising committee to allow them to fence off the area where the event is held in the Lucy Plackett Field and make it a ticketed event. The report to Councillors noted this was “in order to deter the antisocial element that has crept in over the last few years”. However, restrictions in the terms under which the field was left to the village mean the Parish Council have to ensure that any changes do not conflict with the Trust Deed.

Paul Smith, Neighbourhood Sergeant for the Banbury Geographical team at Thames Valley Police, explained that last year’s Party In The Park had been adversely affected by a number of young people from Banbury. Sgt Smith told Adderbury News, “Last year the event went well but there were a number of issues that went on, mostly behind the scenes and mostly involving known kids from Banbury. The kids were drinking, fighting and causing mayhem and ultimately the event was not prepared well enough”.

Sgt Smith explained his concerns, “Most of these kids are known to Police for being involved in gangs known for dealing and carrying weapons”.

Cherwell District Council are responsible for issuing the licence to allow Party In The Park to take place. It is understood they have formed a Safety Action Group (SAG) to oversee this year’s event involving the organisers, the Police and Cherwell officers. A spokesman for Cherwell told Adderbury News they were unable to comment until the next SAG meeting had taken place.

Party In The Park started in 2002 and the organisers’ own figures note the hugely popular event attracts around 1500 people each year. It is run by a voluntary committee who set up the event to “help forge a strong community spirit, promote local musicians, and to give local people an enjoyable day out”. All previous events have had no admission charge with all costs covered through stallholder fees, donations and fund-raising events through the year. The Party In The Park website notes costs for running the event at around £7,000 with security costs accounting for around £2,000 of this.

It is unclear how much the requested changes will add to the running costs for Party In The Park but Sgt Smith supports the idea of enclosing the field. He said, “A lot of the issues were caused by the kids being drunk and sneaking drink into the event. If the fences are in place Security will be able to manage this much better”.

At the Parish Council meeting Councillors were keen to do what they could to support the Party In The Park Committee although disappointment was expressed by Chairman Mrs Diane Bratt that they had not been invited to initial meetings with the Police and Cherwell District Council. It was agreed that Mrs Bratt and Vice-Chairman Councillor Keith Mitchell would meet with the Party In The Park Committee to discuss solutions. The report to Councillors noted, “by having a ‘perimeter’ of the event, [the Party In The Park Committee] will be able to manage the requirements of the premises licence in a much better way, as it will be much easier to implement THINK 21 and conduct bag searches etc. at the entry points. The security firm would be responsible for the area within the perimeter, with the support of the Police safeguarding the village.”

It is understood the initial meeting between the Parish Council and Party In The Park representatives has already taken place. On behalf of Party In The Park Linda Leslie told Adderbury News, “Subsequent to our own consultations with CDC [Cherwell District Council] and the Police, at their invitation following last year’s event, we are currently in the process of finalising arrangements for PIP 2019 with Adderbury PC”. Mrs Leslie told us full plans for this year’s event would be issued in a press release next week.

From Thames Valley Police Sgt Smith hopes the changes being suggested can avoid a similar situation to that at the 2018 event. He told us, “There was a large fight where one of my PCSO’s were injured next to the stage. Most of the incidents went unnoticed in the crowds or they were hidden from view by the trailers, but I am not exaggerating when I say that there were at points of the day 60-80 kids chasing each other around the event and trying to fight one another”.

Party In The Park is scheduled to take place this year on Saturday 15th June.