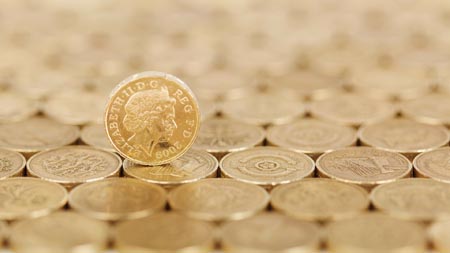 The use of Adderbury’s “Section 106” funds has been an area of heated debate between those in favour of the funds being used for the Milton Road Sports and Leisure project and those wanting the cash redirected towards traffic calming. Adderbury has an accumulated pot of around £600,000. Currently this is all allocated to the Milton Road scheme, but the argument revolves around whether the funds could be used for other projects.

In an attempt to put an end to the debate Adderbury News has gained the definitive view of the decision maker - Cherwell District Council. It appears the funds could be used for other projects, but this is unlikely to be agreed to by those in charge.

Section 106 funds are given by developers to communities to be used for projects as part of the agreement when planning permission is granted. Tom Slingsby, the Communications and Marketing Executive for Cherwell District Council, sought advice for us from Cherwell’s Planning team. Mr Slingsby explained that Section 106 funds are given by developers as part of the planning agreement. He told us, “The planning obligations in the legal agreement are only justified if they make the development acceptable and relate specifically to the impact of the development in question”.

Each of the amounts Adderbury has received towards the £600,000 (currently retained by Cherwell) is held with a caveat as to how it can be used. Mr Slingsby explained, “Restrictions on how [Section 106] monies may be used would be detailed in the particular legal agreement in question”.

At recent Adderbury Parish Council meetings Councillor Colin Astley has called for Section 106 funds to be used for traffic calming by varying their agreements, but Chairman Diane Bratt indicated this was not possible. The recent traffic survey by the West Adderbury Residents Association highlighted Section 106 monies as one source of funding, but Councillor Keith Mitchell CBE, writing in his blog, suggested those believing the funds could be used for traffic calming had been “sold a pup”. Councillor Mitchell wrote, “When offered a free gift, few people will refuse it so it is not surprising that the WARA Traffic Survey comes out resoundingly in favour of raiding the developer contribution for the Milton Road although many people responding would have been unaware of the nature and unavailability of the fund”.

So who is right? Tom Slingsby from Cherwell District Council gave us the advice from Cherwell’s Planning team: “It would be procedurally possible for legal agreements to be varied, but the modification(s) would have be to acceptable in planning terms and the council and the developer (and any other party to the legal agreement) would both need to be willing to vary it”.

Whilst those wishing to divert Section 106 funds away from the Milton Road Sports and Leisure project may feel this statement supports their argument others may argue the key will be what makes the change “acceptable”.

It is unclear what “acceptable in planning terms” means but it is known that Cherwell have their own legal requirement to provide playing fields across the District. In a report on provision in the Cherwell area from October 2018 they noted, “Within the Banbury Rural area there is generally sufficient grass pitch provision for the period up to 2031, so the investment priorities are mostly for the improvement of pitch and ancillary facilities, in order to increase their capacity. However there is planned new provision at Milton Road, Adderbury as part of the Milton Road housing development which will deliver an area large enough for two adult football pitches, a multi use games area and sports pavilion”.

In addition the advice highlights “the council and the developer (and any other party to the legal agreement) would both need to be willing to vary it”. For most of Adderbury’s Section 106 funds the “other party” is likely to be Adderbury Parish Council with the controlling group unlikely to agree to diverting funds from the Milton Road project to traffic calming.

Cherwell’s Tom Slingsby made it clear that using Section 106 funds for anything other than their core project would not be allowed without agreement. He told us, “It would not usually be appropriate to use specific monies for other projects (without formally varying the agreement, as above), and indeed could be seen as misappropriating funds”.

Adderbury News asked both Adderbury Parish Council and the West Adderbury Residents Association to comment on the advice from Cherwell. Following the Parish Council meeting on 26th March a statement was issued in which the Council reaffirmed it's commitment to using Section 106 funds solely for the Milton Road project. The statement said, "As far as Cherwell District Council and the Parish Council are concerned, the Section 106 agreements are in place, the Deed of Variation is in place and the funds in these agreements are allocated to the Milton Road project. With the agreement of CDC, the funds are already starting to be spent by the Parish Council to progress the project; on the planning application, discharging the pre-commencement conditions, preparing the ground for the pitches and designs for the pavilion.

"At its meeting on 27 November 2018, the Parish Council confirmed its commitment that all of the S106 funds allocated to the Milton Road project, from the Section 106 agreements and the Deed of Variation, are to be spent on that project".

The full statement from Adderbury Parish Council can be read here.

The West Adderbury Residents Association told us they would respond when they had digested the implications but have not to date.

Meanwhile villagers appear to be as split on the use of Section 106 funds as the Councillors on the Parish Council. Adderbury News posed a question on the preferred use of the money on our Facebook page. A number of people supported the funds being used completely for traffic calming whilst some others felt the funds should be used as originally intended, for the Milton Road Sports and Leisure Project.

Some of those responding took the view that the funds should be split. Philip LeMare wrote, “Perhaps 5% to traffic calming for the whole village and the remainder on new community, much needed and over due facilities”. Tom Coyne told us, “I would like the pot to be split 3 ways: 1) Renovations for Lucy Plackett building; 2) £200,000 towards traffic calming; 3) A new nature reserve at Milton Road with facilities for dog walking, nature playground and cycle path”. Elaine Bryant noted, “definitely put some towards traffic calming and updating existing village facilities around Lucy Plackett field”.

Andrew Charman felt the Section 106 funds should be used for both the Milton Road project and traffic calming. However Mr Charman urged for more openness with both ideas, saying “More transparency is needed on the costs of Milton Road/Lucy Plackett and the cost of proposed traffic calming across the village (not just in one western part)!”.