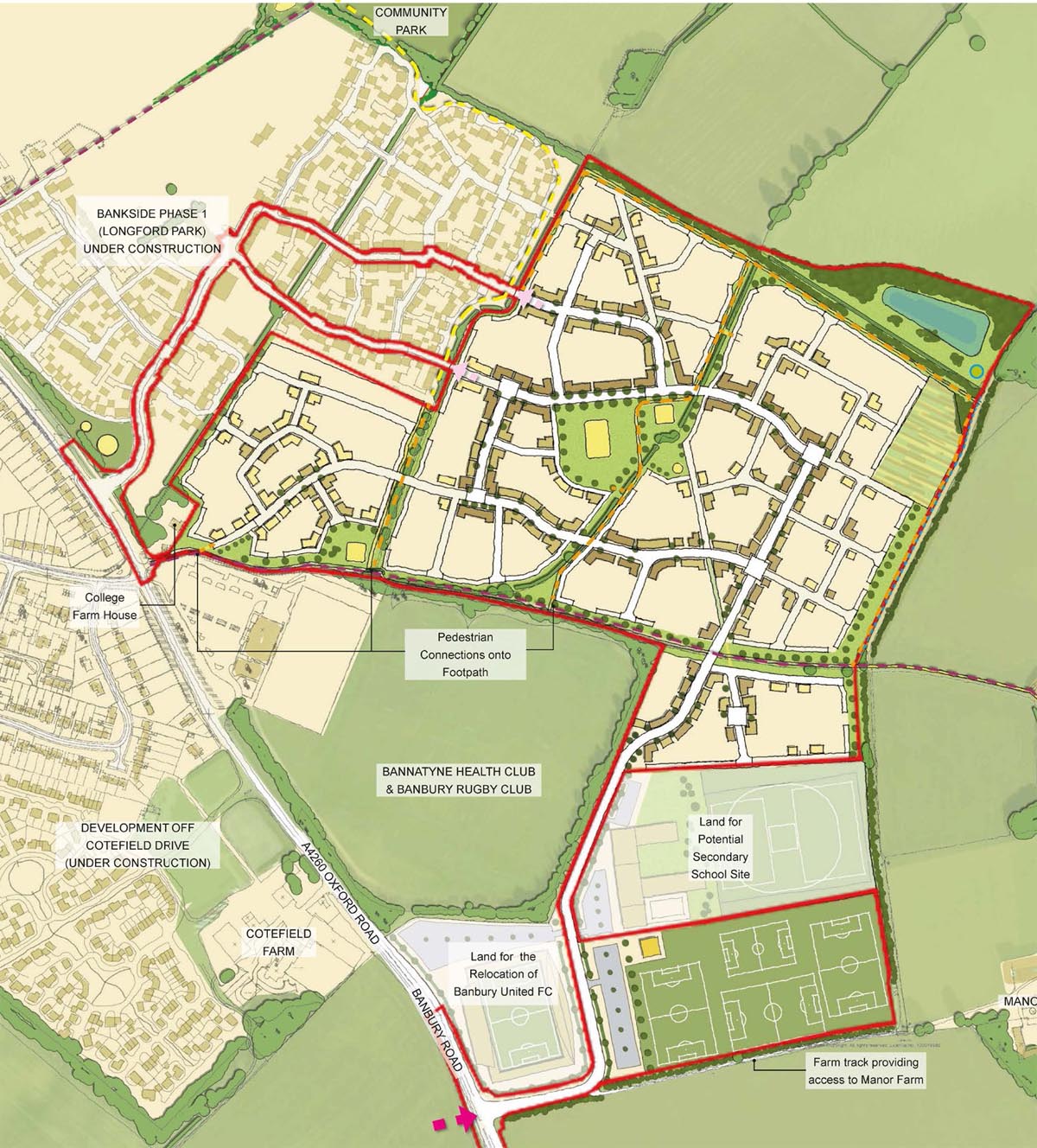 Cherwell District Council has received an outline planning application for a substantial development on farmland between the Twyford Road and Bodicote. The proposals, which include 850 houses, a new secondary school and “football stadium”, would bring the Banbury’s expansion to just one field from Twyford.

The application was submitted on behalf of Hallam Land Management on June 5, 2019. It includes a new access road off the main A4260 Oxford Road at the point where the existing gates lead into the farm fields and across to Manor Farm. The field between this new access road and the existing rugby club site is defined as the location for a “football stadium”, suggested as a new home for Banbury United. Behind the proposed football stadium and the existing rugby club is shown an area for a new secondary school and playing fields. North of the school and rugby club, and adjoining the Longford Park development, is an area for the development of 850 houses.

Should the proposals go ahead there will be just one farm field between the expanded Banbury and Adderbury. This remaining field is noted in the approved Adderbury Neighbourhood as a “green buffer” with the aim of protecting Adderbury against any further encroachment from the north.

Cherwell District Council has yet to announce the date when the outline application will be discussed by the planning committee. It does, however, note a determination deadline of Monday, September 30th.

The planning application reference is 19/01047/OUT.

You can view a larger version of the site plan here.